Recognizing and Addressing our Dysfunctional Culture

One need not look very far to see the stunted development of our patho-adolescent culture reflected in the overly-consumeristic society, the blatantly fear-mongering messages of our mainstream media, and the brand of celebrity so-called “role models” of our times - not to mention the highest rate of mass shootings in the world.  Spending so much time in front of a screen - computer, smartphone, iPad, TV - results in being deeply disconnected from ourselves and the natural movements, rhythms and cycles of our beloved planet. This continues to eat away at our social fabric in alarmingly rapid rates.  Our Earth is crying its tears of Global Climate Disruption as more of our natural resources dry up and/or become polluted.  The research and evidence is staggering, yet still so many continue to go about their lives "business as usual."

The work of spiritual counseling and of the spiritual path in general must now take this situation of global devastation into account, making it a core focus of our transformational work, growth and healing.  For centuries Rites of Passage played --and still do play-- an vital role on shaping the psyche of human beings, molding them into healthy members of society and stewards of Mother Nature and Her natural resources. Through mysterious and sublime ways these ceremonies transform our psyche instilling a profound sense of interconnectedness with the natural world and a deep feeling of responsibility for the earth and her creatures.  Through a healthy soul-centric and eco-centric development a person naturally comes to see the earth as an extension of themselves.  So when the water, air or land are being polluted or destroyed one viscerally feels a part of their own body being polluted or destroyed.  Though this level of sensitivity is felt by few it is well-recognized as a state of higher development and a venerable goal for the members of our society and the world at large.

By restoring and reinventing Rites of Passage that are relevant and speak directly to the needs and issues facing our current cultures we can begin to heal the wounds - the root causes - at the heart of our destructive and grossly imbalanced society.  The one's who are most at risk are our youth, whose role models are rock stars, models and movie stars... instead of the rocks on the ground and the stars in the sky.  We need to help ourselves and the youth of this culture get back in touch with what is of most importance so we can build more sustainable societies and preserve this earth for future generations to come.

Below you will find more quotes regarding the importance of Rites of Passage for our current troubled times. They are a passage to our collective healing.

Quotes About the Importance of R.O.P. from a paper by Will Scott:

﻿“Our culture is one of the few in history that does not incorporate rites of passage, and this has severe consequences”  (C. Grof)

"'Traditional rites of passage were based in the hard knowledge that the sanctity of life and the making of a meaningful death must be struggled for by each person and that the entire drama must be recast for each generation.  Participating in the 'ordeals of finding meaning' was both an inheritance and a requirement...' (L. Mahdi)."

"'Rites of passage join the rhythms of the individual human lifetime with the cycles of community, earth and cosmos, maintaining in us a remembrance of that to which we belong.  Effective rites of passage are of considerable value to the development of the individual and the survival of the culture, an importance made visible by the abundant presence of initiation ceremonies around the world.  Social recognition of the transformation that has occurred is integral to the process of initiation for the individual, but is equally significant to the healthy continuation and regeneration of the culture' (D. Lertzman)."

"Foster and Little observe that rites of passage are 'highly effective as means of accepting and finding meaning in life changes; of empowering individuals to be vital forces in the community; of engendering self-reliance, courage, endurance, and self-control…' Individuals and community enter into a mutually-beneficial and regenerative feedback loop when rites of passage are appropriately honored and celebrated: The individual is able to confirm and complete his initiation through the support and witnessing of the community, and in turn the community is transformed, reborn, and regenerated when, through initiation, its’ members take their next rightful place."

“During initiation the individual becomes bound through spiritual experience to the future of the society as well as open to the origins and ancestral beginnings of the group in the past” (M. Meade).  Somewhere along the path towards modernization, identification with natural cycles (the planet’s and the individual's) was lost, or at least misplaced.  Fully developed people, authentic community relations, and personal connection to nature are concepts that are less and less identifiable in modern industrial societies, as are effective rites of passage."

"This severance from direct identification with the natural world began innocently some seven to ten thousand years ago, with the advent of agriculture and the domestication of animals.  Progressing through cities, population growth and militarism, our disconnection from the natural balance has increased in both depth and velocity – most noticeably during the past 200 years of rapid, unchecked industrialization.  Naturally, with little conscious knowing, we have taken a giant ten thousand year step of separation from our shared source of life and sustenance."

"That rites of passage would disappear from a society that has lost its sense of ecological interdependence and reverence for nature seems only fitting, since these rites are celebrations of the nature-based cycles in our own lives.  What ought to be of great concern to those living in the modern world today is not only the lack of rites of passage in our culture, but the correlating lack of mature “We” consciousness; engendering severe deficits in the collective capacity to identify with and feel responsibility towards others and the natural world (J. Young)."

"In the absence of effective rites of passage that are held as sacred by the community at large, youth in the modern world are left at a great loss. With the call to transformation ringing loudly in their innermost being, adolescents blindly seek-out methods of self-initiation to fulfill of the healthy testing of themselves that their psycho-biological clock is asking for, but which their culture is not providing.  Mind-altering substances at best provide a way to explore the inner boundaries of one’s sense of self, connect to a spiritual realm, and ask existential questions, though youth rarely know that this is what they may be seeking when they yearn to get high.  Violence and other risky behaviors become a gross emulation of the sacred hunt, the vision quest, or other methods of testing and proving oneself physically (Foster and Little)." 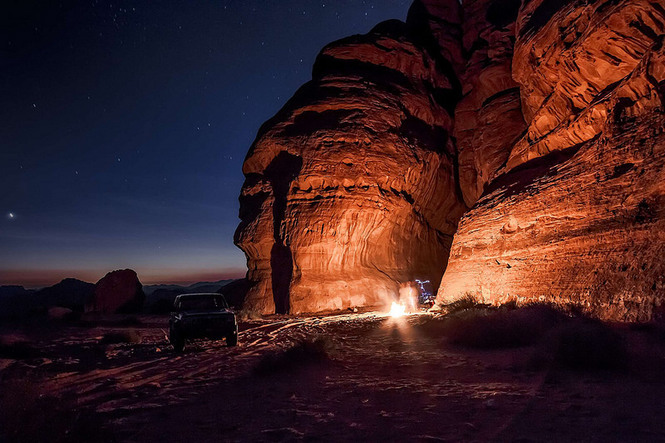 ​“'Without rites of passage during adolescence that affirm the mystery and metaphoric quality of nature, the world can become empty and lifeless' (R. Eaton)."
​
"The neglect of our human nature constitutes an even greater impediment to personal maturation than our modern loss of effective rites of passage, and it has lead to the tragedy we face today: most humans are alienated from their vital individuality – their souls – and humanity as a whole is largely alienated from the natural world that evolved us and sustains us (B. Plotkin)."

"Indeed, modern cultures have become highly individualistic, emphasizing the notion that each must carve their own way in a dog-eat-dog world where personal material gain is the marker of success and wellbeing.  Most young people, having failed to find the true depth of transformation their attempts to self-initiate (how could they succeed?), will eventually accept what’s around them and take up the mantle of self-interest into their “adult” lives.  Even if a young person is able to navigate the treacherous waters of his own self-initiation process, emerging relatively transformed and rightfully alive, there remains a lack of community to welcome him back with any sense of understanding about what he has just accomplished. Since we do not live in a culture that has consciously created ‘wisdom’ initiations, we have far too many people, both in and out of power, who are incomplete adults with arrested development – in short, an adolescent society. These half-grown adults have no way to face their wounds, so instead these wounds are passed on to others, who in turn pass it on further. Consequently, the initiatory process finds a back door into our lives – with nervous breakdowns, chronic health issues, midlife crises, drug addiction, military indoctrination, and neighborhood gang violence (A. Judith)."

"Our entire becoming is every bit an expression of nature, as finely tuned as the hummingbird, the antelope or the crashing wave, yet in our most recent chapters of history we have failed to remember this and are suffering the consequences.  Writers, thinkers, poets, mystics, leaders and wisdom-keepers – heroes of the earth and the human story – have pointed to the folly of our current age, but we appear locked in un-listening."

"Collectively, we now face the possibility of our own death as a species, as well as the reality of irrevocable damage to the Biosphere.  It’s possible that facing death has been a key component in so many rites of passage ceremonies because anything less would be lacking in its ability to initiate fully.  Could it be that humanity (or at least globally-dominant western industrial society) is poised on a grand collective threshold?   Or are we already tumbling in the midst of a haphazard attempt at self-initiation?  Inner despair, lack of purpose, social disease, and environmental destabilization are among the shadows and ordeals we face individually and collectively – the sum of which amounts to a very real brush with death; an initiatory ordeal that is asking us to draw from our depths and strip down to our essential truth.  By meeting the invitation, the unpredictable mystery of our own becoming may be revealed to us, and through it, an awakening to a mature sense of purpose, belonging, and offering back to the whole."

"Anondea Judith draws a portrait of our cultural development that parallels the progression of the human lifetime from infancy (beginning in small hunter-gatherer tribes) through the ages towards adolescence (where we are now). In light of the three-fold stages exemplified in rites of passage ceremonies around the world, this evolutionary portrait can be seen as an initiation.  Simply put, human beings severed from the natural world, and through our individuation have rebelled dramatically against our mother (Earth), leaving us to face an initiation that has the potential to either kill us, or bring us back to the biologic community in an adult role."

"Centuries of wounding, cultural conditioning, disconnection and devastation have placed us with our backs against the wall, with time running out, with few tools at our disposal, no elders to guide us, community to hold us, or models to follow.  Yet here we are, knowing that we must do something.  By reorienting our lives to the cycles of the planet, natural rites of passage that hold the potential to break us free of adolescence will be given an opportunity to emerge. We must begin with the ground beneath our feet: with our own connection to the natural world, no matter how long it has gone untended.  Through it, both collectively and individually, we may yet find the purpose, community, and a sense of belonging to something greater that so many are yearning for in these times."
Find the full paper here