From Hoarder to Sacred Organizer

The Story of a Wounded Healer

My Own "Story of Stuff"

Justified Hoarding
I didn't always have a healthy spiritual relationship with stuff.  In fact, I was a self-diagnosed hoarder.  Before I discovered my passion for Spiritual Counseling I used to spend my days, on foot or by bike, scouring the streets for "useful" stuff. I would carry these "trashures" home and put them in my landlord's cellar.  Sometimes I would take boxes of clothes to the local consignment shop and make $20-$100, but mostly I just kept stuff packed in boxes downstairs.  My rationale was that I was saving useful things from being needlessly thrown away, which on one level was true and redeeming - I would bring boxes of stuff to the local goodwill at the end of a season.  In all honesty, I did find an incredible amount of useful things I still own today.

Peering Beneath the Surface
And then a switch occurred. With the help of a trusted Spiritual Counselor, I was drawn to peer beneath the surface of this pattern and realized that my addiction to collecting stuff was an expression of deeper emotional wounds.  My inability to access power through success in the marketplace was fueling my need to collect.  In my eyes the items I collected had value. Although most were of no use to me, they were useful to someone else out there.  This in-turn gave them value and energy that I was now in possession of.  Psychologically, this gave me power in a world where I otherwise couldn't find it.

Attachment to the Past, Fear of the Future
Besides this power, at play within this addiction was also a looming fear about the future.  The things I kept at my parents' home represented a past I was attached to and didn't want to let go of.  The things I kept in storage in my own home were an expression of a fear of being in lack in the future.  My subconscious mind was telling me, "Perhaps you will lose all your money in the future, but at least you will still have this 'valuable stuff' to help you in some way."

The Cultural Pathology of Stuff
​Upon further digging I also realized that there was a cultural pathology at play as well.  We live in a culture that praises and gives value the things people own.  Valuable objects equate to high status and power in our culture.  A fancy car, a big beautiful home, and stylish clothing make a person important and gain them respect. Respect for what you have instead of who you are.  Bullshit.

Evidence of my former addiction: Piles of stuff I've collected & gotten rid of 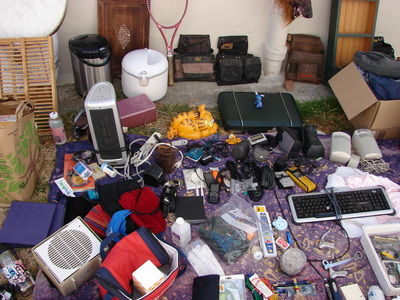 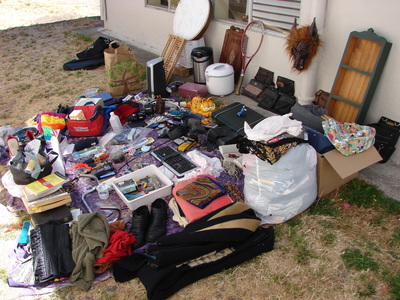 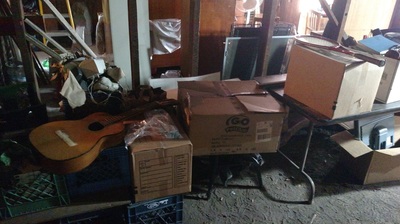 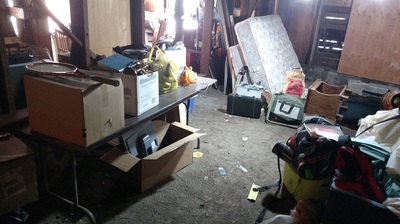 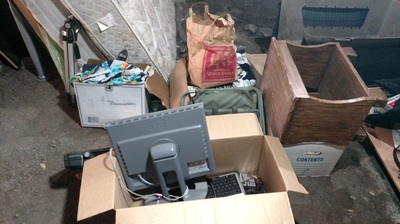 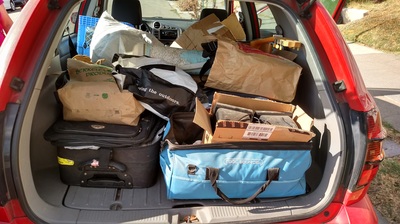 Habitual Patterns
Once I realized this habitual behavior pattern and the cultural trance I was under, I immediately got to work on it.  I got rid of the things I had stored up - in multiple places around the globe - and transformed my living space with the help of Marie Kondo's book - The Life Changing Magic of Tidying Up.

Spiritual Awakening
I had a spiritual awakening during this process in regards to my relationship with stuff.  I began relating to the world of matter by seeing and feeling the sacred energy within it.  I realized that every object contains a spiritual energy --it sparkles with the essence of the divine.  If I keep stuff locked up in storage rotting in someone's basement or under a pile in the back of my closet, I suffocate its spiritual energy and dull the vibrational field around me, and within me.

Cultural Dis-ease
The intensity of my own addiction helped me see clearly how people in the West are suffering from this cultural disease in all its varied forms.  People, especially the very wealthy, often define themselves by what they own instead of who they are.

Dedication to Serving Others
After my own liberation and transformation I dedicated myself to assisting others who struggle with their relationship to stuff gain the freedom and transformation they deserve. I have successfully supported many on their journey from Collectors to Sacred Organizers.